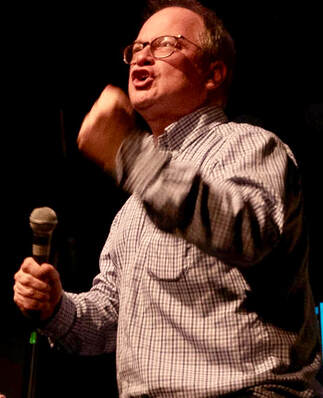 For those convinced they’ve got a bestseller in them, Robin Ince hosts this new comedy quiz involving literary and
not-so-literary fakery in a podcast.

The premise is simple: three people write the first line of a book and pit this against the actual first line by the real author. Classics, modern tosh, ‘sleb biogs, adverts and even film poster tag lines all get the treatment.  The central question always being whether they can fool each other into thinking theirs is the real thing.  Hear them subtly big up their own creations whilst vying for points.  Think Call My Bluff with books and a loving swipe at the pretensions of prose.

Robin is famous for The Infinite Monkey Cage for which he won a Gold Sony Radio Award and Book Shambles and is no stranger to radio panel shows.   Whether competing or hosting, he brings his insatiable reading and sometimes acid comic edge to the proceedings. 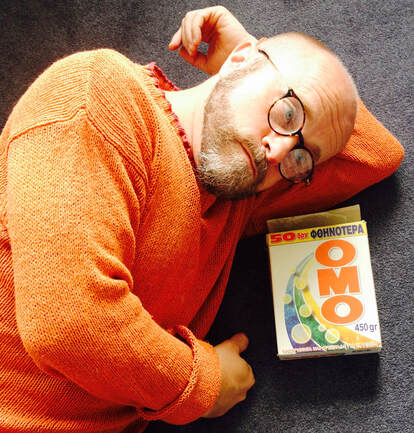 ​Ince is a fellow Drama graduate from London University in the 90’s.  Producer, Bruce Guthrie remembers, ‘I once write a play called A Man Needs A Woman Like A Fish Needs A Bicycle and cast Robin as the lead.  It was a terrible play and thankfully never produced.  I’m so pleased that Robin’s brought his boundless enthusiasm and good humour to us.  From the outset I vowed that would only work with grownups and so far we’ve had an indecent amount of fun.’

​The show was developed with the late Nicholas Parsons who hosted Just A Minute for a record beating 52 years.  Bruce recalls, ‘I’d sent Nicholas one of our early shows recorded in what sounded like a giant echo chamber.  I’ll never forget being crushed on a tube train one Friday night when he rang to discuss the project.  I’m as old as Just a Minute and here was that voice asking when we could start work.  There’s something very freeing about going straight to the top.  To my mind Nicholas remains the panel show prince; he knew that his talent lay in being the straighter man to the many comics that passed through.’

The penultimate episode of The Novel Game features Nicholas hosting the pilot for the show that was recorded amidst the sweltering Gay Pride festivities in London’s Leicester Square Theatre – with the air con turned off.  Guthrie recalls, ‘It was a magical evening and Nicholas was the patient, generous gentleman working under rather sweaty conditions.  He taught me to persevere no matter what – himself remembering how badly Just A Minute had initially been received.’ 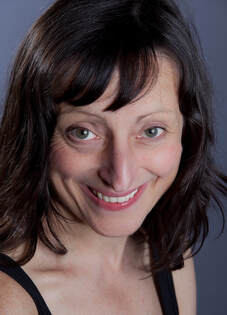 The grownups Guthrie gathered around him are indeed an eclectic bunch.

​Guthrie’s best friend Joanna Holden is an actor, clown and comedic talent who’s rarely been out of work since they met at university – even if it meant being an elf at Legoland in order to pay the rent. At one point she ran away from sharing a damp flat with Bruce in Clapham and toured with Cirque Du Soleil.  Back home again Holden plays the part of the naïve questioner skilfully – she’s the everywoman with the big swirly writing who keeps everyone grounded and laughing between takes. 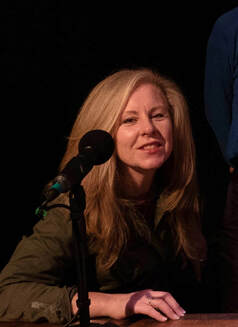 ​Fenella Fudge's voice will be familiar to us as one of the stalwart voices of BBC Radio News.

​Since leaving the corporation, she lurks occasionally at Goldsmiths University lecturing in media, reads for The Economist audio edition, as well as audiobooks, but most loves voice acting and has just worked on a top secret video game in which she plays a military leader, a dying duchess and a belligerent, drunk goblin.

Fenella has helped Bruce develop a number of radio projects and her voice has added gravitas to many a proceeding. 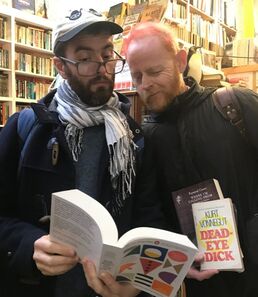 ​Former socialite and Buddhist teacher Stuart Flynn (pictured right) lives in Brighton and presents another of Guthrie’s radio projects, Mental Health Matters, for Radio Reverb there.  In his glamour puss days Stuart befriended a lot of uber famous people and protects many a confidence.  He’s something of a wild card when it comes to the recordings and has yet to be tamed.

Our original score keeper and deep-registered reader, Louis MacGillivray (pictured left), supported the project from the outset - not least by buying Bruce lots of quaint books. 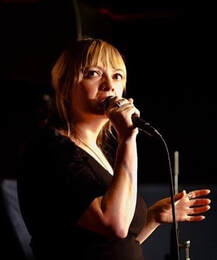 She’s gently steered the development of the project through its various incarnations and is adept at playing the longer game.  Pashley is a fixture of the comedy gigging scene, her guiding principle is to celebrate the grit in life’s oyster and to voice what needs saying.

Marian is a committed socialist and vegetarian and has helped Bruce learn the secret of Aubergine Parmigiana.

​The show has been a labour of love for the last 6 years and Guthrie is adamant that what the nation most needs now is team games and quirky individuality.  By trade he’s a Dramatherapist, and so is well versed in getting people to express themselves via the metaphor of storymaking.

‘I’ve always loved watching people reveal their inner selves through making and enacting stories.  Years ago I married someone based, in part, on playing the Novel Game one night in a smoky flat in Golders Green.  They wrote ‘Shoot me up with the chalk dust you call cocaine’ and I was instantly smitten – so for me the game is potent stuff!’

Bruce paused his career as a therapist in order to fulfil a lifelong ambition to work in radio and was one of last years’ Charles Parker award winners for his debut documentary, The Flapper.  The history of his family told through one household object was recently repeated on Radio Four and was described by the judges as containing quiet joy in addressing the grief for his late mother.

Having recently graduated from UWE with an MA in Radio Documentary at 52, he’s keen to make up for lost time in pursuing his broadcast ambitions.  After a year at Bristol’s Ujima Radio on a live arts & culture show, he’s convinced returning to his hometown was worth it.

‘I’m fashionably late to this party but Bristol is bursting at the seams with radio talent.  There’s a spirit of adventure in podcasting that’s inclusive and experimental.  Is there room for good natured parlour games in a sea of true crime and oversharing? I do hope so!’